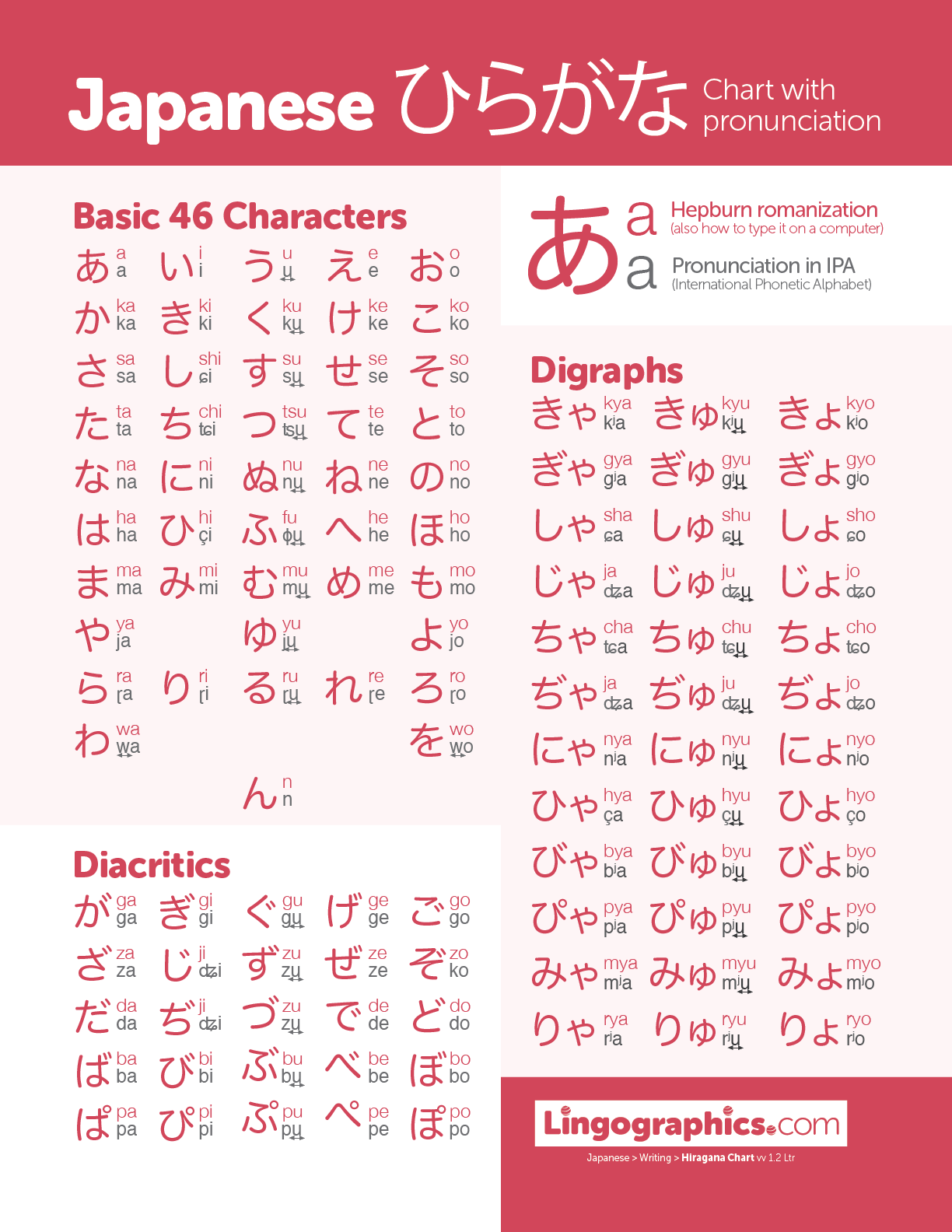 Practice the Japanese hiragana syllabary (syllabic alphabet) with this cheat sheet. This hiragana chart includes pronunciation in IPA and Hepburn romanization (which is also how you can type the characters on a computer).

Recommended for: Very beginning Japanese students who are starting with hiragana and would like to revise or use this as a cheat sheet.

About Hiragana and the Hiragana Chart

Japanese is written using two syllabaries (syllabic “alphabets”, where one characters represents, instead of just one sound, a whole syllable). The first syllabary Japanese children learn is called hiragana and if you’re just starting learning Japanese, you should start with it too. Once you master Hiragana, you will be able to write down your first real Japanese.

The hiragana chart is displayed in rows representing sounds rhyming with a, i, u, e, o – the Japanese vowels. The first line in our chart represents syllables a-i-u-e-o, second line syllables ka-ki-ku-ke-ko and so on. Sometimes the sound changes slightly in certain combinations of sounds, eg, in japanese we don’t have a ‘tu’ syllable, instead there is tsu, and t+i producing chi, making the ta row ta-chi-tsu-te-to.

The common order in which the hiragana chart is presented is usually:
a-ka-sa-ta-na-ha-ma-ja-ra-wa-n

If you memorize this sequence, it will come in handy when you’re looking up an entry in a Japanese phone book, dictionary (not all) or other data in a list—this order is an equivalent to the alphabetic order used by languages that use an alphabet.

The final, n syllable wouldn’t be seen as a full syllable by speakers of most languages—it would rather be considered a coda of the previous syllable—but in Japanese it’s formally a syllable. So that the word 看板 kanban desk, sign board  written in hiragana かんばん has fours syllables ka-n-ba-n in Japanese. But n is the only syllable that does that, all the other ones are wither just a vowel (the first line in our hiragana chart) or a one vowel-one consonant syllable (VC).