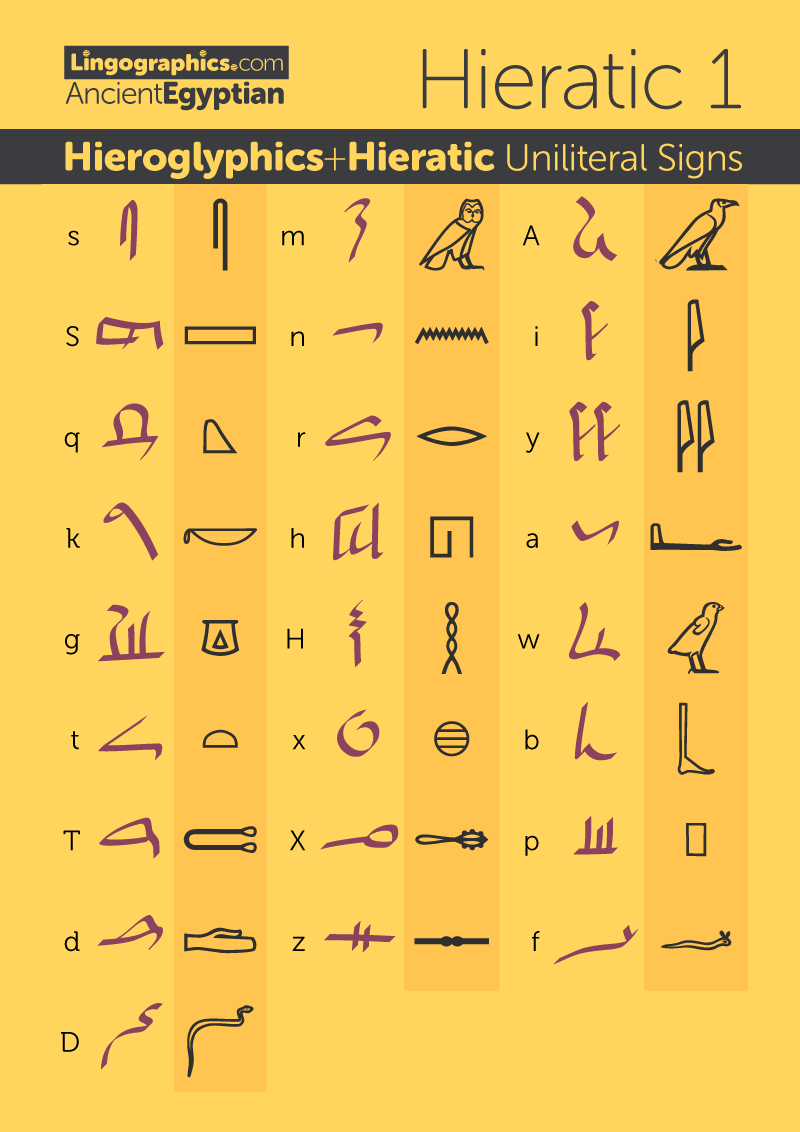 This lingographic features uniliteral signs in both scripts next to each other so especially if you already know one consonant signs in monumental hieroglyphs, you will find this page useful as a cheat sheet/quick reference.

Hieratic script evolved probably around the same time as hieroglyphs as a script or cursive version of writing of ancient Egyptian. While traditional hieroglyphs were commonly carved in stone, for taking notes with a pen, hieratic is more practical to write. Rather than being evolved from hieroglyphs, it is believed to have developed alongside with hieroglyphs (a the same, or perhaps even earlier time).

Unlike traditional/monumental or cursive hieroglyphs (not to be confused with hieratic), hieratic script is always written and read from right to left (although until about the 12th Dynasty, writing in columns was also possible, later only writing in lines become the standard), Read more on Wikipedia